A company called CrowdStrike is becoming one of the great growth stories of our generation.

Right now it’s operating way under the radar of most investors. 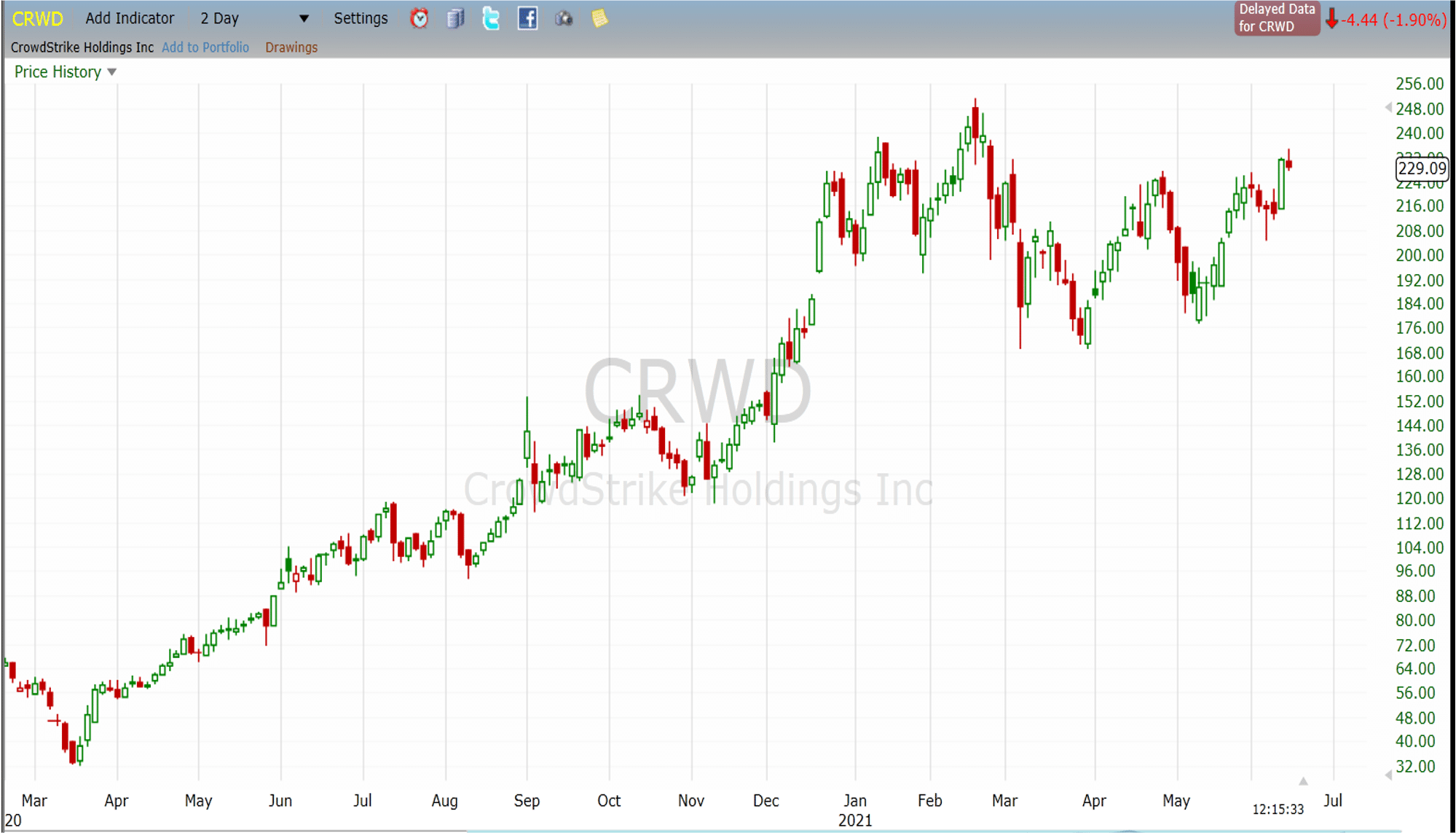 This is what the CrowdStrike’s stock price looks like on the internet if you look it up.

But, let me show you what I think is really happening here.

CrowdStrike is being lumped in a pile as any old technology company. Investors who don’t know anything about it, are treating it like baseball cards instead of buying a company, perfectly positioned, with rising sales, rising profitability and rising profits.

And, of course, like all steadily growing revenue producing companies, the trillions of dollars that the federal government is printing will lead to inflation and will automatically drive up the stock price.

Instead of watching the daily fluctuations and mood swings, here’s another way to see the value of this company. This is the 150 day moving average of the stock price. 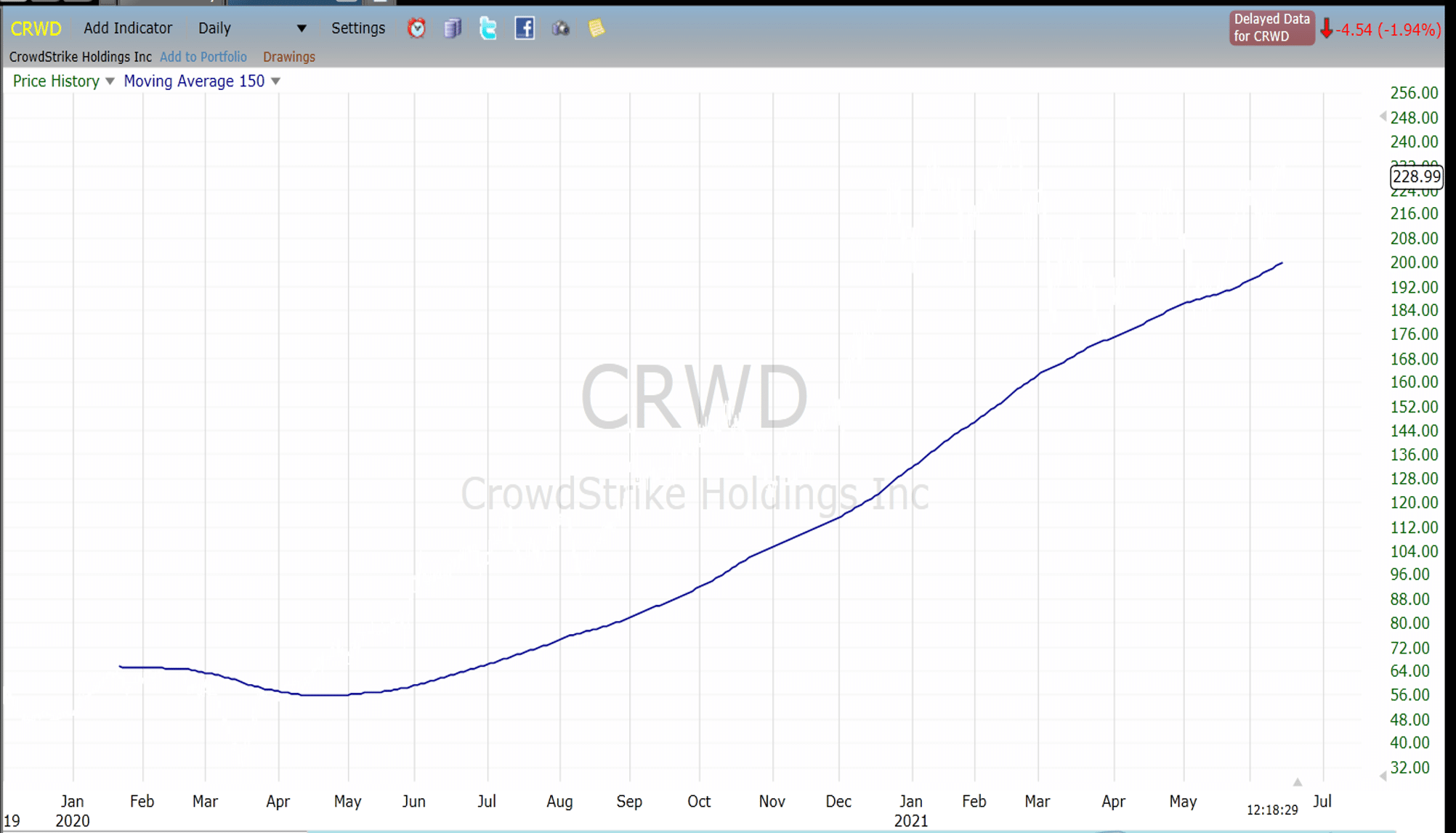 Chart 1 shows the daily mood swings that portrays large amounts of risk that simply aren’t there. By using the 150 Day Moving Average (Chart 2), you can cast out the surrounding noise of Robinhood day-traders with no investment knowledge, and really see what’s going on. 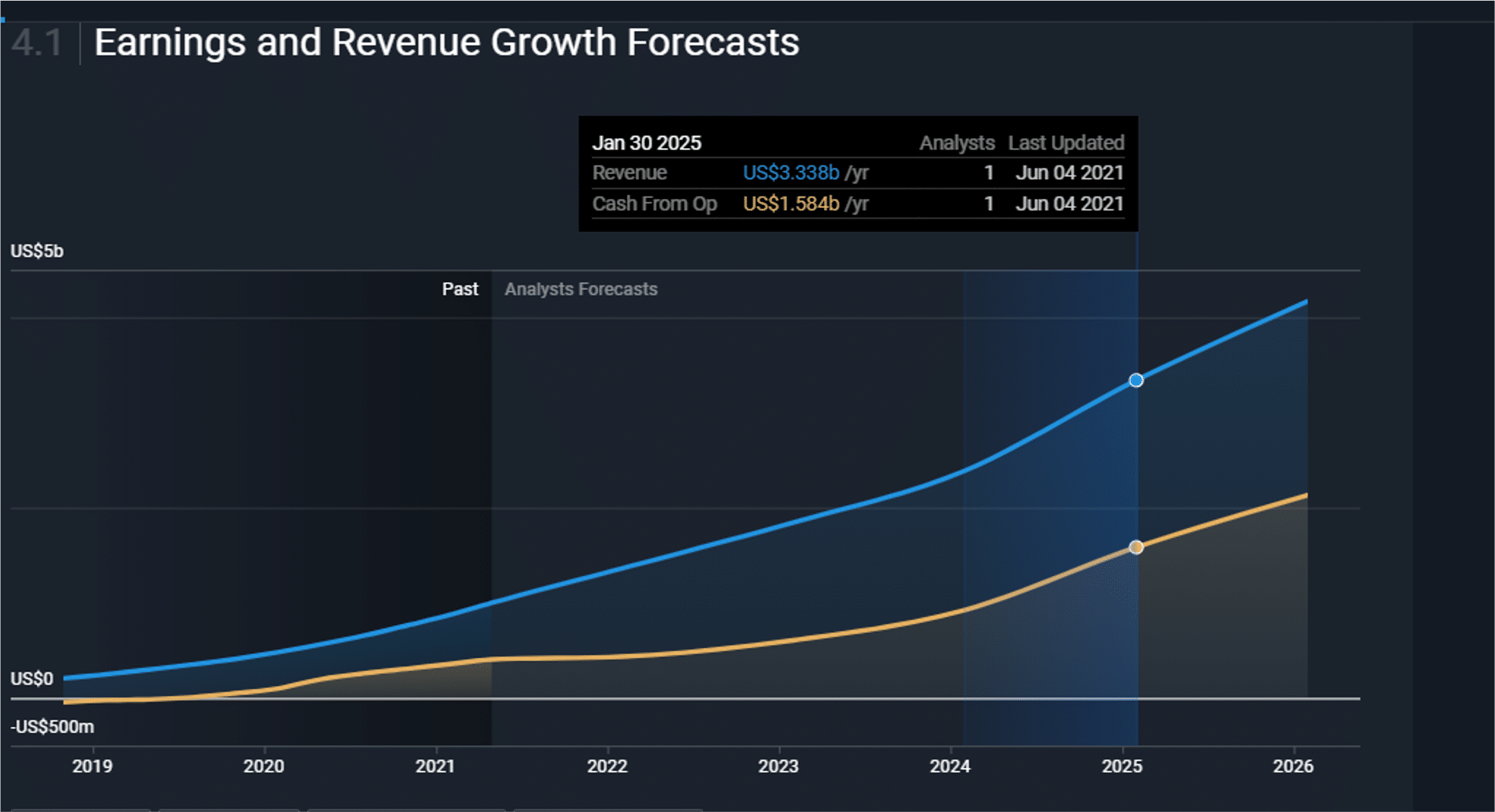 So, let me tell you why this company is growing so steadily.

Obviously, one of the big problems we have as a society is that with all of the time we use to surf the web, we totally rely on data and information. And that information is all out there in what we know as “The Cloud”.

Think about your own security of your network. You personally insist on receiving the best technology in the world for your entertainment. You have a dynamite way of getting all kinds television shows, YouTube videos, blogs, podcasts, and other things through “The Cloud”, and not only to your TV or your computer, but through your smartphone as well.

However, your cloud security against hacking and viruses is all locally installed on your computer, and has to be updated all the time in order to be useful.

This means you’re always behind the times, and even so, that process is expensive and the pain in the neck. But you are just one person.

Imagine a huge company like a bank with hundreds of branches, or a huge manufacturing company and how much data they use. Most of it is in millions of Terabytes of Cloud Data.

Most companies of them have that same kind of virus protection installed in their local computer system, which is generations behind the modern, high-end hackers, who use the most updated systems, at least as good as the CIA.

Remember, when hundreds of companies, including the US government, were hacked and their data was stolen. These victims were customers of a company called Solar Winds.

When those hackers attacked the Solar Winds databases, the hackers failed to penetrate the networks of one Internet security company. CrowdStrike.

CrowdStrike uses a completely different system. It is all artificial intelligence. They have thousands of big-company clients, and they are all connected on cloud strikes network. Any attempted attack is instantly defeated by their artificial intelligence system, and then in a tiny fraction of a second, that information is conveyed to their thousands of clients everywhere, who become instantly immune to this attack. 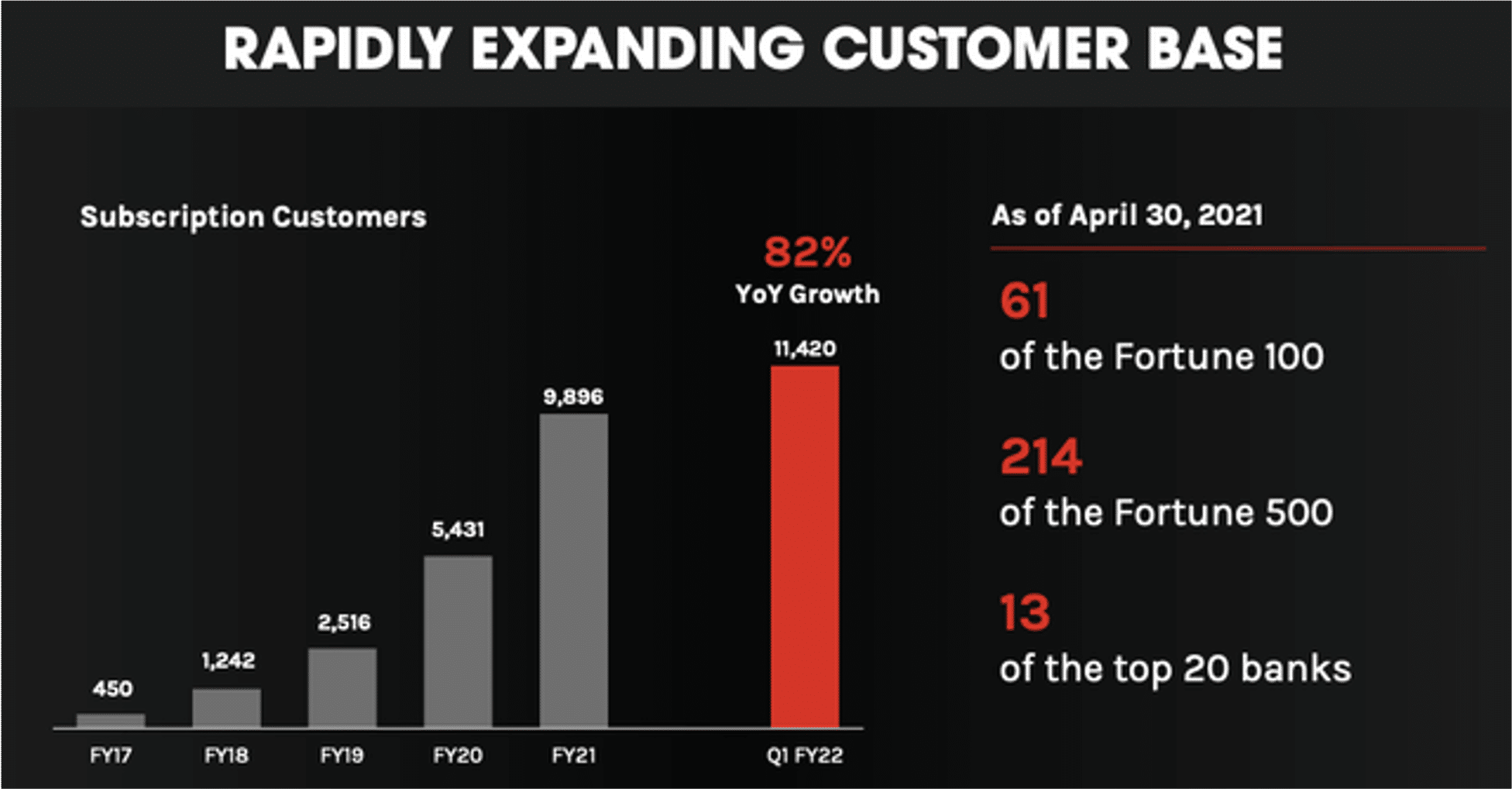 We have talked about CrowdStrike's strong revenue growth, and analysts are projecting the company to continue building its top line at a rapid pace we think they will end up with revenues of $1.32 billion this year, and $1.77 billion next year (FY2023). These figures would represent 51% YoY growth and 34%, respectively. 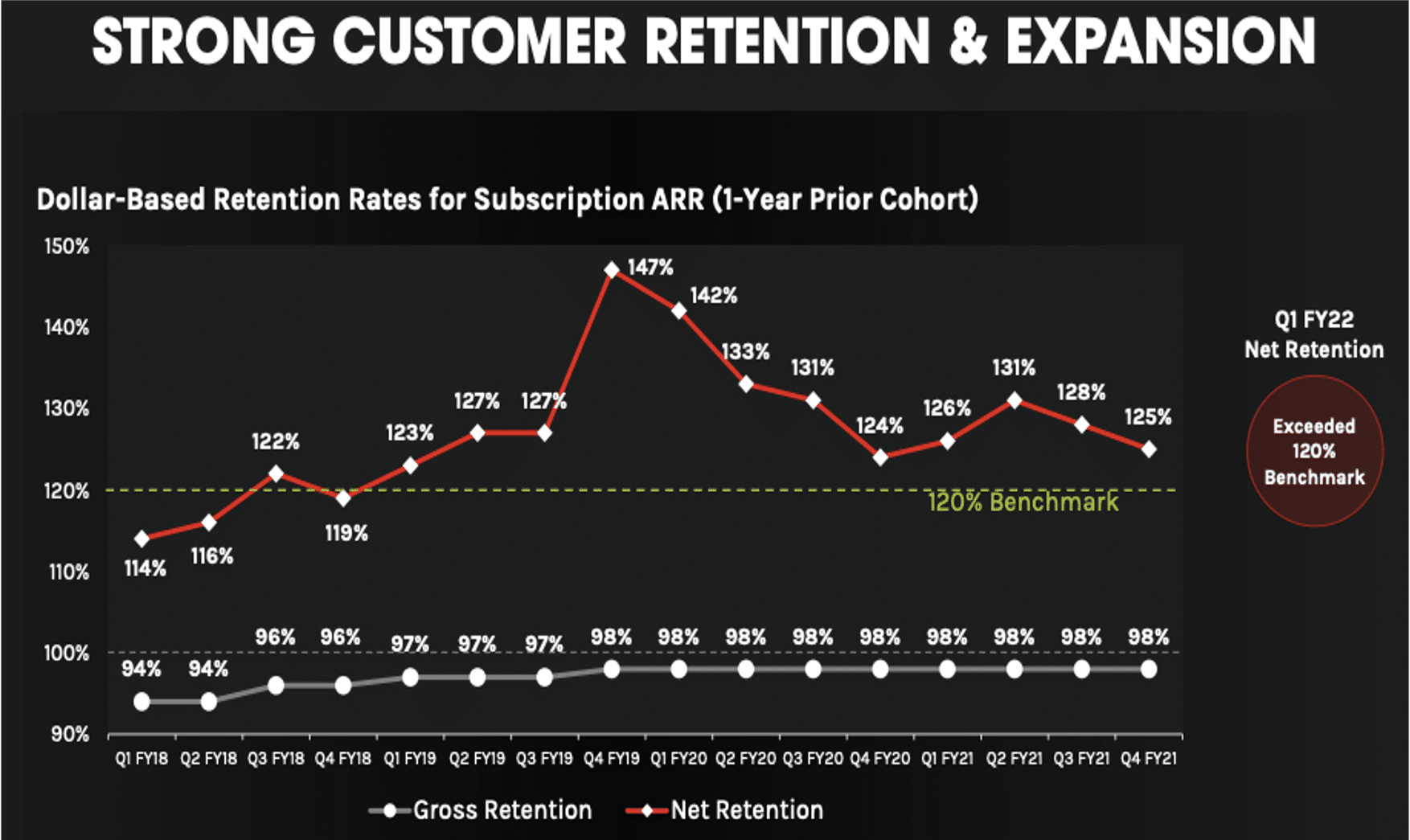 This picture is showing you how they are not only growing, but each year they increased the amount of money they get from each of their customers. They’re getting that by inventing new services, and by customers increasing how many modules they use.

The good news for CrowdStrike is, they are in exactly the right place at the right time. The world needs them, and nobody does it as well as they do.

On the average companies spend 1% of their budget on security, and that’s why they’re starting to get penetrated. The good news for CrowdStrike is, will be spending 5% of their much larger IT budgets over the next few years.

No one should be trading the stock. This is a company you want to own, and the world wants to buy the services from you. There are ready buying them from me.